Guests can expect a completely made-from-scratch kitchen, with quality rivaling most fine dining restaurants.  All dishes are prepared to order, and a variety of local meats are constantly emerging from the rotating wood-fired smoker, which is at the center of the restaurant.

Guests at Farmboy enjoy authentic Smoked Meats and Sandwiches, in a rustic and comfortable environment.  The restaurant is designed specifically to ensure an engaging dine-in experience or a quick and efficient carry-out experience.  The meats are primarily smoked or grilled, using real Arizona wood, ensuring a “low and slow” approach to barbecue.

The traditional culinary elements of Farmboy are accentuated by locally sourced ingredients, with meats that are raised and butchered nearby.  Long fermentation sourdough bread is baked on site, with Heritage grains grown in Arizona.  Fresh fruits and vegetables are grown by local farmers and are typically harvested right before they are delivered.  Farmboy strives to purchase whole foods and ingredients that are not processed, and if minimally so, they are handled by small family-owned operations that handle as much of the process as possible.

Price points for farm-to-table cuisine are typically very high, and available only in upscale restaurants.  Farmboy solves this omnivore’s dilemma by utilizing the “nose to tail” approach to meat purchasing; taking advantage of the “lesser cuts” by using traditional smoking methods, which turns top rounds into tender roast beef; chuck roasts and briskets into rich cuts of smoked beef; and the trimmings for wood-grilled burgers (sliders).  Local poultry is smoked whole, one of greatest delights of smoked meats.  Pork is smoked by the “half hog”, with almost all the delicious cuts blended into pulled pork; all prepared in front of the guest in a large wood-fired J&R smoker; displayed for all guests to see the entire cooking process unfold.

Arizona Craft Beers and Wines are offered and are carefully selected to pair well with our menu items.  Farmboy also offers a traditional Margarita cocktail, over ice, made with “Naked Juice” and 3 Amigos Organic Tequila, which is farmed and distilled in Jalisco, Mexico by an Arizona farming family.

Farmboy highlights the best of Arizona; with an emphasis on excellent quality, and a menu that appeals to all diners.  However, behind the menu lies a deep-rooted passion for building the local family farm economy; and bringing farmers and producers together with their community.

Oren has been working in restaurants since 1986; and in foodservice management since 1990.  With a rich career working his way up from a dishwasher and prep cook, through the ranks to Vice President of Operations for two large restaurant groups.  Prior to opening Farmboy, Oren has opened and operated well over 70 restaurants in his career; including Delicatessens, bagel cafes, hotel restaurants, fine dining restaurants, and most recently has been the largest operator of the rapidly growing Freddy’s Frozen Custard & Steakburgers.  Oren has led the opening of over 25 Freddy’s; and has operated Freddy’s in 10 states throughout the US.

Prior to moving to Arizona with his wife Diana, and their 5 kids in 2011; Oren was the managing partner of several fine dining restaurants in the Washington, DC area for over 9 years.  In this role, Oren led a group of restaurateurs and chefs to form a local buyer’s group, which purchased meats, cheeses, eggs, vegetables and fruits from local farmers and producers; mostly in Virginia.  Oren personally coordinated the farm tours, purchasing agreements, processing, and logistics of getting all of these meats from “farm to table”.  This group, known as Farm to Table DC, purchase an average of $1,000,000 per year of local, natural & organic products.  All of these funds went directly to the producers, there were no middlemen.  Oren became an expert in developing “nose to tail” menus; which is a culinary term for purchasing all the meat and edible items from the cattle, pigs, lamb, and chickens that the group could purchase.  This led to many farms and farming communities expanding their capacity to provide for the many chefs who were clamoring for local products.

In 2011, Oren and his family had the opportunity to move to Arizona, to be closer to family.  He and his wife Diana purchased 3.5 acres in Chandler, AZ on a Maricopa County island, which is now Mo'lovin Farms.  Installing an irrigation system that feeds off of the Roosevelt Water District Canal, Oren & Diana have planted over 350 fruit trees and plants.  Additionally, they have successfully planted and harvested heirloom vegetables and will continue to do so.  The Molovinsky’s are committed to farming organically, without the use of any chemicals.  Growing organically ensures superior soil, and the result is superior produce.

Oren is also a partner, and the President of a critically acclaimed restaurant in Arlington, VA called Mala Tang.  Together with his operating partners, Oren has been able to bring authentic Sichuan cuisine from the revered food city of Chengdu, China, with an emphasis on Hot Pot dining.  www.mala-tang.com

Diana manages all aspects of the farm operations at Mo’lovin Farms (aka Farmgirl Produce); and also, has started selling the product through local farmers markets.  Diana will continue to be in charge of planting and harvesting fruits and vegetables that are core components of the Farmboy menu.  Many of the vegetables are able to be grown year-round in the warm Sonoran climate of Phoenix.  However, Farmboy’s menu will adjust seasonally based on what varieties of heirloom vegetables and fruits can be grown at that time of the year.

Diana has a worked in restaurants and hotels throughout her career; and is a graduate of the Hospitality and Restaurant Management school at Northern Arizona University in Flagstaff, AZ.  Diana has worked for large hospitality companies as a manager, including Marriott Hotels.  Most recently, Diana has operated farmers markets in both Virginia and Arizona.  Sourcing sustainably grown local produce, by cultivating relationships with farmers and then selling the produce in an open-air market environment.  Diana helps to manage the retail operations of Farmboy, which includes a fresh produce section.  Diana also coordinates the sourcing of local produce and other ingredients from local farmers and producers.

Great episode, #winwin for everyone is so right. Farmboy is awesome! Amazing farm to table experience! 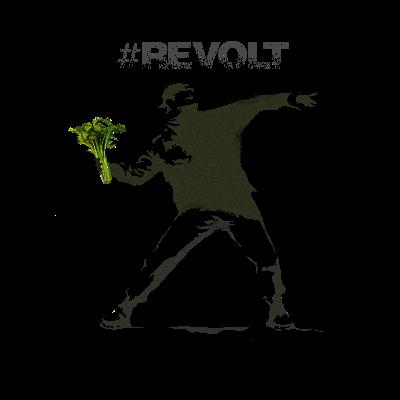