Mule kicks of the conversation at The Outliers Inn with the season wrap of robots season. Kids being kids, they start off wearing their "Sunday best" and end-up dragging the duds through the grass playing frisbee after the official goings-on are done.

JP laments about how packed the flights are. But that there is an upside with his travels as the people along the route (flight attendants, restaurant personnel, and so on) have become familiar with his ways and see to it that all is good; and it is good.

JP also shares that he changed-out his old notebook for a latest and greatest; and how easy it was to make the change as compared to times past. But whereas JP has one notebook, Mule shares he has several and the challenges therein.

JP is the first to share a coincidence, combined with a life-hack. The life hack is that he introduces himself and chats folks up at the hotel bar. Because, drinking alone indicates a problem, but he is always sure to drink with someone else.

But the coincidence is that JP has loved space programs since Apollo and Skylab. He used to write NASA and IBM and get all sorts of cool pics, pamphlets, and patches. And while on a project in Denver, he met some NASA pilots who were on the SOFIA program and who were in Denver to train on the "vintage" 747 simulator.

Well, one thing led to another and the pilots invited JP to join them at the simulator the next day. Of course, JP messaged the client and let them know he was going to be late the next day and he "flew" the 747 out of SFO, towards the Golden Gate Bridge, out to Napa Valley, and then landed back at SFO. He was a happy guy.

Esther joins us and shares that she believes coincidences do not exist, but that things in life happen because they are meant to happen, there is always a reason; definitely in the "Gibbs Rule Nr.37, there is no such thing as coincidence."

Mule gets all scientific and etymological on us and postulates that a coincidence is a collision, and its rather difficult to put into words here; you gotta give a listen. And just when you think it can't get any deeper, Ester injects Carl Jung into the conversation.

Thankfully, Don brings us back to Earth and raises the most perplexing conundrum; there are 24 hours in a day, and 24 beers in a case - coincidence?

Episode-66; Getting punched in the mouth 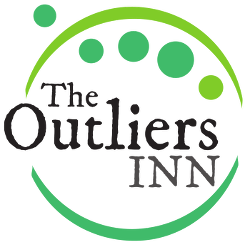 Episode-64; Planning in a VUCA World

Episode-63; The Importance of Mentorship

Episode-62; Getting the jab, optical rip-offs, mentoring, and getting back to nature

Episode-60; On two masks, the Superbowl, telemetry, and wool