In this podcast session, I had a fascinating conversation with Stephen Ghigliotty, Director of Curriculum Development at the Canadian Marketing Association.

During the episode, Stephen and I discuss his unconventional career path as well as the details of the upcoming launch of Canada’s first-ever Chartered Marketer designation program offered by the Canadian Marketing Association.

Personally, I believe this type of program is a significant advancement for Canada’s marketing profession and will play an important role for years to come in helping future chartered marketers assert marketing’s overall contribution to both the C-Suite and business.

For those not familiar with Stephen, he grew up on the Jersey Shore long before Snooki and her clan made it iconic. In the late 80’s he graduated from Culinary school, serving Julia Child dinner on campus during graduation week and then became an acclaimed pastry chef, with original recipes featured in the New York Times Magazine.

After working at Accenture for 5 years, he immigrated to Canada in 1999 where he spent the next 15+ years in various senior marketing and sales roles including becoming the Director of Interactive for Canada at Saatchi & Saatchi where he managed the online marketing of brands such as Toyota, Maple Leaf Foods and many others.

In 2014, he began guest lecturing at the University of Toronto and eventually developed a three-course certificate program that is still offered called “Multimedia Storytelling and Content Marketing.”

Currently, he and his team are creating a two-year online program for the Chartered Marketer professional designation from the Canadian Marketing Association, the largest and most respected such organization in the nation.

Paddle’s Harrison Rose on Building a Great Culture at Scale

How to Nail Your Product Positioning with April Dunford

Introducing the Built to Scale Show

The Power of Brand Storytelling with Mark Evans

How AI Is Eating Marketing and the World with Magnus Unemyr

The Evolution of Revenue Marketing with Debbie Qaqish

Why The Chief Marketing Role Is The Hardest To Get Right 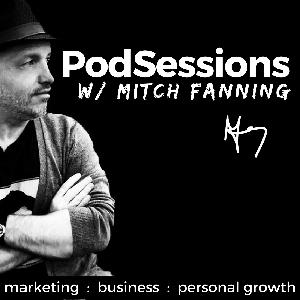 Discovering Your Path with Jodi Handrahan

Why Struggle Is Good with Kari Elmes-Fanning