Today's guests at #POD- Podcasts Of Dentistry is an orthodontist, a photographer, a film maker and a Ted speaker. His name is Dr. Phil BorgesHe is a Director/Producer of the movie called Crazy Wise at crazywisefilm. Com

He is one of the accomplished and humble Ted Speakers and he has given three TED Talks we have been viewed online more than 4 million times.

He shares his journey from Orthodontist to Photography to Film Making. He talks about his experience meeting George Lucas from Star Wars Saga and how he was instrumental for him to turn into film making... albeit.. subconsciously.

This podcast is also not about film making and how to be a film maker but it's a journey of Exploration and Adventure about ourselves.

He shares his experiences meeting Oracles, Shamans, Koutons and even Dalai Lama

He talks about road to enlightenment.

We talked about a lot of stuff and to be honest a lot of dense stuff, about his movie and topics like spirituality, psychosis, depression, happiness, psilocybin and what NOT. You will have to be open minded and you will be in a whole different world, a World we don't know about.

We also discussed other wide range of topics like motivation, meaning and purpose of life and not to mention Tim-Ferriss' Inspired questions

Jason Luchtefeld: From Leadership To Awareness To Fulfilling Life: Session 17

Implementing Sleep Apnea In Your Office with Dr. Downs and Dr. Joe Zelk

Raghunath Puttaiah: COVID-19 What Should We Do, Prevention, Reality Checks and Future of Dentistry: Session 10

Dr. Bilal Saib: From Podcasting To Triathlete To Happiness and Success in Life: Session 5 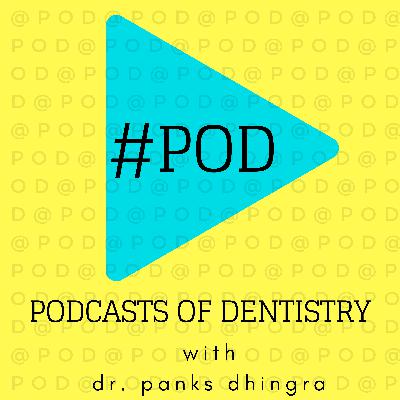 Grace Rizza: The Journey Of A Struggling Entrepreneur To A Successful Marketing Firm Session 4